One day as I’m browsing through the movie page on hulu, I come to discover they have ALL the Twilight movies. So naturally, after not seeing them since they were first released, I now know what I have to do. I was 13-17 during the Twilight era so I can definitely say I have now watched with a new set of eyes, compared to the teen me with my Taylor Launter poster. 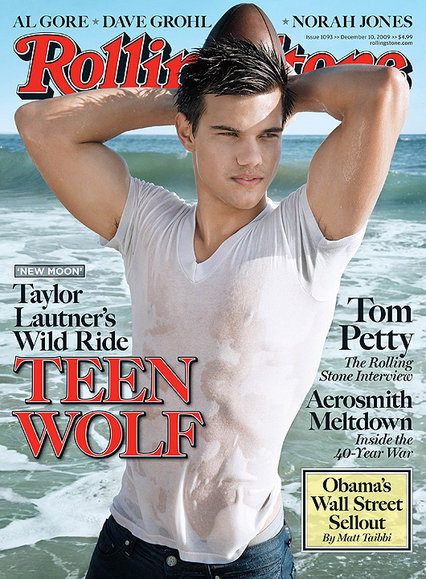 I’m pretty sure I was Team Jacob back in the day, but I definitely remember having a crush on Edward too. I began my watch with New Moon. In my head the first movie was just a lot of staring between Bella and Edward. But, ultimately after I watched my way through I went back to watch the original movie and you know what? It was actually really interesting, and you can fast forward through any long stares..

When approached by the kids at her new school, for some reason they knew she was from Arizona. And one of the girls had made a comment such as “should you be tanner?” in which Bella responds “maybe that’s why they kicked me out.”

I nearly died rewatching this scene. Like damn Edward could you make it more obvious…

and if you would like to see the masterpiece:

3. I forgot they’re not a “blood” family…ba dum tiss

Since I had a very vague memory of the series and had originally skipped the first movie, going into it I was very confused about the Cullen family. I sat there for a moment like wait if they’re a family then why is Alice dating Jasper. Although the Cullens are not a blood family, they are a blood family considered they were all turned my Carlisle.

4. The Cullen’s had to redo school a million times. 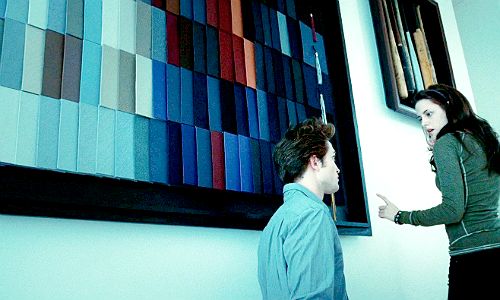 They had a wall of all their graduation caps over the years. Imagine having to do high school over and over and over…..no thanks.

She had people such as Anna Kendrick (who forgot she was in Twilight),

Holy shit. I just remembered I was in Twilight.

and the chick from Ned’s Declassified (she must’ve transferred schools or something. Ned’s not gonna be happy she moved to a vamp school) that may have been her “friend” but she clearly was not really close to.

There is truly SO MUCH to discuss about this. But, I won’t divulge into that. A hilarious but also a WTF kinda moment. 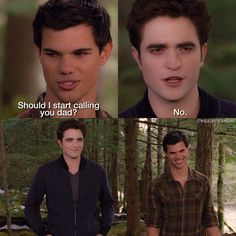 For more odd things I noticed from rewatching Twilight, check out my video!