Over the past week Joe, Nick and Kevin have all been spotted together. Now normally one would think, well considering they’re all brothers why would it be weird that they are all together? Well, if you’re a Jonas fan then you know the answer to that is just because IT IS.

There have many reunion rumors over the years but the brothers in various interviews have made it clear a reunion wouldn’t be happening for a very long time.

The Jonas Brothers were spotted with a camera crew at their old elementary school.

📸|| it looks like the jonas brothers went to visit their old elementary school! pic.twitter.com/x5dRazELjQ

Rumor has it that they are making a documentary.

Next they are spotted in NYC.

Last but not least they were at TRL.

Many fans are speculating it could be something for the anniversary of their album A Little Bit Longer. 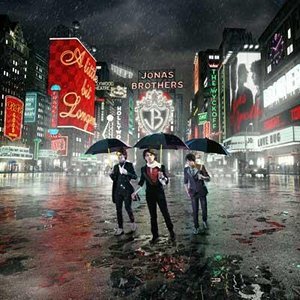 Could it really just be a documentary or are they planning more? Nobody knows but what I do know for a fact is that I am hella stressed about this whole thing.